Django of Cacharel is without doubt the best performed Dressage Friesian in Australia. He is the only Friesian to have represented Australia at an International CDI (Hastings HOY, NZL 2015). He has been invited three times to compete at Equitana, Melbourne International 3-Day GP Dressage, and at the Pacific League World Cup Final. In doing so he has time and again demonstrated not just his trainability, athleticism and presence whilst competing, he has also shown is wonderful temperament whilst interacting with his admires young and old.

Django retired from competition in November 2016 whilst still at the top of his game.  He is standing his last season at public stud, until March 2018. He is free of both Dwarfism and Hydrocephalus and does not carry the red factor (EE).

Django has both pure and partbred progeny following in his footsteps with highlights including Duvel TK (BBook2 Star), NSW Friesian Keuring Champion 2013, a purebred daughter exported to New Zealand and a Friesian x Warmblood son exported to France. His progeny are competing at all levels form preliminary to Intermediate 1

Django is available for stud and stands at Lochinvar NSW.

The breeding of Friesian horses is very strictly controlled by the Dutch Parent Studbook (FPS) with stallions having to go through an  extensive selection and training programs before they can receive a breeding license. In countries such as Australia, which are geographically remote from the majority of the Friesian population and where the breed is in it’s infancy, the FPS will grant some stallions a limited breeding permit. They still have extremely high standards and and new Stallions granted a permit in Australia will have to undergo DNA testing (for the red factor) and have joint x-rays. They then have to be presented to a panel of Judges sent out from the Netherlands who will review them, then make recommendations to the FPS. A breeding permit may then be granted

Django was our second Friesian. We purchased him from Cacharel Friesian’s in Queensland. His dam, Renske fan’e Olde Hoek, was imported from the Netherlands as a weanling.  As a three year old she was awarded a Star rating on the first visit of the FPS classifiers. Sadly Renske died as a result of foaling complications when having her second foal, a filly. The filly was later exported to New Zealand so Django is the only representative of her bloodline in Australia. He is by the FPS Licensed Stallion Pike (dec). This makes Django a very valuable prospect for the Friesian community where access to new bloodlines is presently very limited and dependant upon using frozen semen. There is only one Stallion (Geert W) with a breeding permit that shares Django’s separation from the majority of Friesian horse in Australia

Django has enjoyed great success in open show classes and Dressage Competitions and shows great aptitude for training with lightness and ease of movement.

Django of Cacharel is an accomplished dressage performer, frequently scoring in the 70%’s and qualifying for the National Dressage Championships, two years in a row.  But he is not just a “show pony” he is a sweet tempered, gentle partner who is a joy to work with.

Django continues his steady climb up the Dressage ranks, winning hearts with both his looks and his nature. He had a slow start to his Medium campaign due to the Equine Influenza outbreak.  He succumbed (as did nearly all of the horses in the area and was affected quite badly.  When we were sure he was fully recovered, he was slowly brought back into work.  Despite these setbacks, Django has progressed and has never been unplaced at Medium level.

We are delighted with the reports from owners of Django’s foals.  It seems that all of them – both pure and partbred – have shown his unflappable and obliging temperament and that wonderful ‘uphill’ canter. 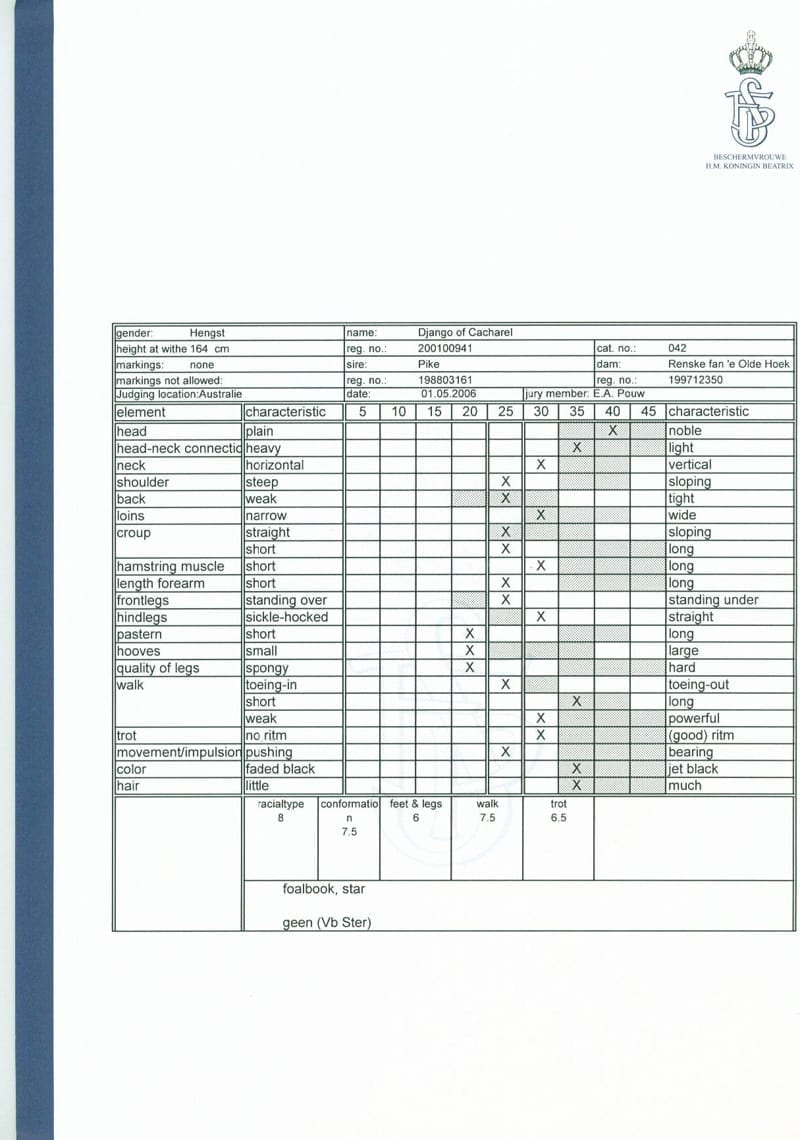 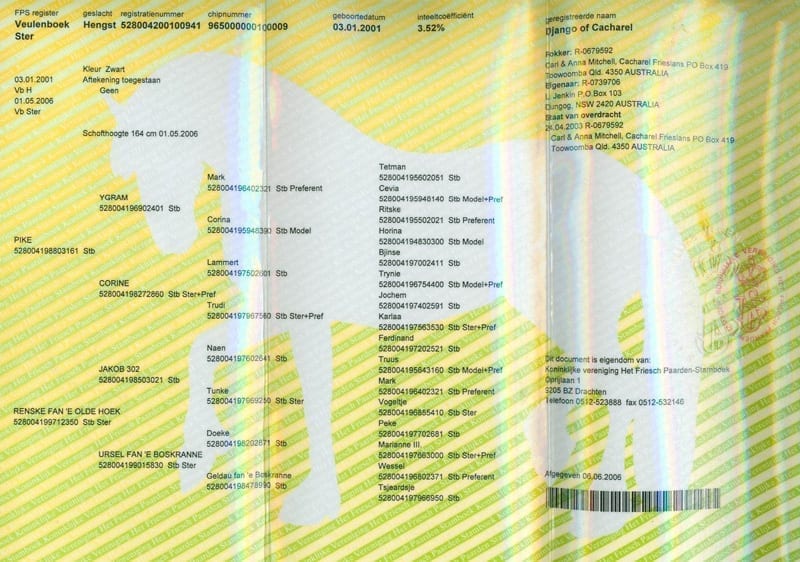