We imported Tia from the Netherlands after she had already had two colt foals. Her first foal for us was a filly, Kestrel TK who went on to become a Star mare herself. Her second daughter, Teora TK was exported to New Zealand where she has gone on to found her own dynasty . Her three colts (now geldings) Asahi TK, Jabiru TK and Siskin TK and her daughter Eshana TK have not been to an adult Keuring and remain treasured riding horses, displaying Tia’s lovely soft nature and extravagant movement.

Tia has been retired from stud for a few years now and alternates her time between looking after the youngsters and teaching a bit of horse wisdom to participants in Horsanity workshops. 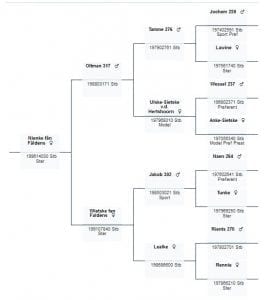 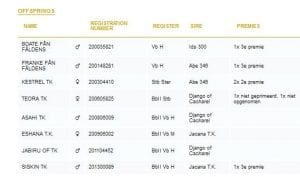