Djohari has been sold to a keen dressage home and we look forward to following his career.

Djohari has the movement of a  serious dressage prospect. The son of one Grand Prix star and the grandson of another, he should join the ranks of these two stallions progeny competing and proving that ability can be bred on. He has presence and pizzazz and a willing attitude but will not suit a novice whilst a young horse. 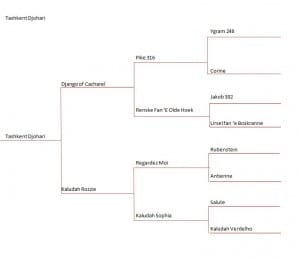